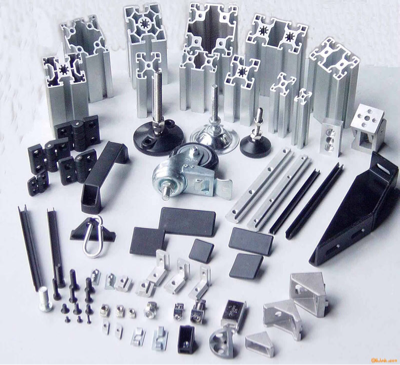 China, by virtue of its absolute size and huge consumption, plays a crucial role in a series of commodities. As the largest producer and consumer of aluminum profile industry in the world, China is impacting global aluminum industry.

However, as China adjusts itself to the transition from an investment-led economy, the market wants to know if China's huge demand for commodities will shrink. Aluminum appears to ignore the trend of China's reversal of the trend.

Aluminum is considered a future metal due to the growing use of high-tech manufacturing and transportation. Its demand is expected to surpass other base metals in the next few years. The latest forecast from the World Bureau of Metal Statistics shows that the market demand for aluminum will increase by about 6% this year.

It is also unlikely that China's economic restructuring will have much impact on aluminum industry. Heavy industry will withstand the impact of the economic restructuring to a greater degree and the demand for consumer products such as automobiles, electrical appliances and electronic products will remain strong as the economy continues to mature.

In a recent report, the International Monetary Fund pointed out that at the current stage of development in China, the demand for aluminum should continue to grow. The group predicts that demand for aluminum in China will be even more staggering in the next few years as aluminum is used as a premium metal in consumer durables such as cars and dishwashers.

In addition, it is noteworthy that in the same report, the IMF forecast on the reduction of the consumption of Chinese goods is inconclusive. Comparing the growth trajectories of China, South Korea and Japan, China's commodity consumption will show a contraction only after it finds that China's GDP per capita needs to double.

From the supply side, the fundamentals of aluminum seem to be picking up. Despite the reduction in production outside China, the imbalance between supply and demand has been reduced. Over the past two years, companies such as Alcoa, Rusal and Rio Tinto have been cutting supplies to deal with oversupply.

However, the surge in output in China has already far offset the overseas production cuts. China's output has continued to grow rapidly, although China has also been focused on seeking rationalization and high-quality growth.

This includes consolidating capacity, building larger smelters and adopting new technologies. In western provinces of China, including Xinjiang, Gansu, Qinghai and Inner Mongolia, new smelters have taken advantage of cheaper sources of energy and the trend has continued.

In our view, the contract will provide the industry with the function of hedging the premium part of the contract and will also increase transparency and increase price discovery. Although this is a simple futures model, but easy to operate on the screen, transaction costs are lower. The contract can also be traded in Asia. As China becomes more involved in the international market, it will provide market participants with more options.