In May 1965, the chairman wrote the words "You can catch the moon on nine days, but you can catch five seas." On June 11th, 2013, the "God 10" Flying Sky and the "Dragon Dragon" went to see, again and again, to join hands in the "Chinese Dream." When it comes to "God 10" and "Nine Dragons" co-circling the "Chinese Dream," aluminum materials have to be said, because aluminum can be said to have contributed to the field of spacecraft and navigation devices. 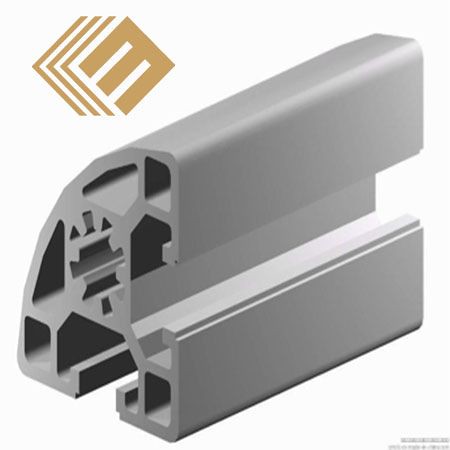 Aluminum extrusion and aluminum alloys have advantages such as low density, moderate strength, easy processing and forming, strong corrosion resistance, abundant resources, and high recyclability, etc., starting from the first time Wrinkler 1 was lifted by humans. With the aviation and spacecraft has made unremitting relations. From 1903 to the foreseeable future, none of the aircraft that had been lifted to heaven did use aluminum. Today, global economic integration and the rapid development of domestic urbanization in various countries have all played a significant role in promoting civil air traffic and transportation. The development of various civil aviation passenger aircraft and civil aircraft has provided development space for aluminum demand markets.

"In the next 20 years, the demand for aviation-grade aluminum alloy slabs will continue to increase, and the Chinese aluminum extrusion market will be particularly strong." Xiong Hui explained: "According to data released by the National Bureau of Statistics, China's urbanization rate will reach 60% by 2020, 2050. In a year or so, it will reach 75%. As China's urbanization rate continues to increase, the population of large and medium-sized cities in China will rapidly increase. The increase in urban centers will lead to a significant increase in passenger traffic, and China’s economic growth and urbanization will accelerate greatly. To promote air transport demand, China will add 5,580 aircraft passenger planes to become the second largest market in the world after the United States. In addition, according to the “Guidelines for the Reform of Low-altitude Airspace Management” in 2010, it is predicted to 2018 In the year, the demand for helicopters in China reached 1400, and with the continued liberalization of the low-altitude area, the demand for 1,500 additional aircraft will increase in the next 10 years, and in the next 15 years, the demand for general aircraft in China will exceed 15,000. Development will usher in an opportunity period. Chinese aluminium profile manufacturers take the opportunity to develop the aluminum market. Therefore, the demand for aircraft-grade aluminum alloy heavy plates will also continue to grow, and the market prospects will be very impressive."

She said that the earliest application of aluminum to ships was in the late 1880s. The first aluminum ship was built. Since 1920, the appearance of aluminum-magnesium alloys has made aluminum widely used in ships and marine engineering. In the field of shipbuilding, aluminum alloys can improve the speed of ships due to their lightweight, strong mechanical properties, and corrosion resistance, extend their service life, increase load capacity and reduce maintenance costs. In this regard, Tan Naofen said that the preferred material for ship designers in the construction of high-speed vessels such as fast ferries, hydrofoil boats, fishing boats, work boats, and high-speed car ferries is aluminum. In addition, many aluminum ships are also used in the construction of ships such as multi-hull ships, hovercrafts, and water jet-propelled passenger ships. Therefore, with the development of the shipping industry, there will be a vast market for aluminum for ships.

After reading this blog, do you want to learn more about us? Please contact us for further information.