Aluminum extrusionmould quality is an important factor affecting the quality and productivity of aluminum products. During the extrusion process of aluminum profile, the working environment of the mould is vary bad, and under the action of high temperature and severe friction and with the increase of production , the quality of the mould itself gradually decrease and scrapped finally. In this article, we will talk about 3 main defects -- friction damage, fatigue and cracks, and metal plastic deformation and collapse in detail. 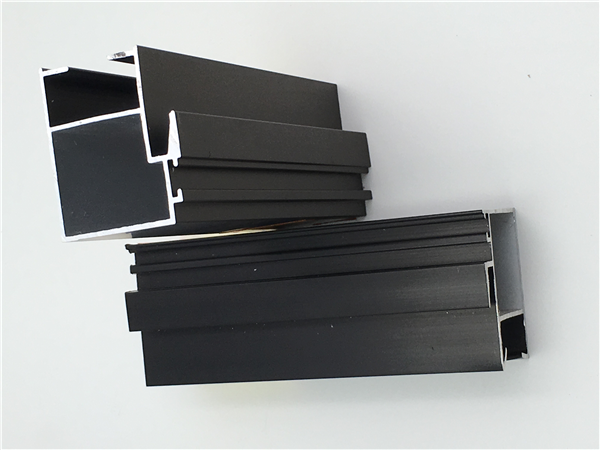 1. To test the vertical degree, parallelism of mould work belt: The new mould work belt requires no-vertical degree less than 0.02mm, the uneven degree of work belt surface should be less than 0.02mm, test angle, the vertical and parallelism at the slot work belt. The flow angle and the hinder angle are needed on the work belt to adjust the metal flow rate, and our experience in mould repairing practice concluded: the     2 ° - 6 ° flow angle and hinder angle can play the best effect. But after repeated mould testing or production, the mould work belt will change. The work belt has a direct impact on the quality of profiles, such as pull ditch, strain, twist, wave, pitting and other defects, so the test work for the mould is extremely important.

2. The mould in the extrusion process will happen to friction damage, fatigue and cracks, and metal plastic deformation and collapse, among which friction damage is the most serious defect that has the most basic impact on the service life of mould. When the mould and aluminum metal contact and keep working together under the high temperature, it will cause fatigue and cracks, metal plastic deformation, or adhesion damage to certain degree. Even when the surface of the work belt has been polished, there will still be problem, like vertical, corrugated, depression, etc. Fatigue and cracks are also a form that affects the quality of the mould, usually at the corner position of profiles, where the work belt undergoes several times of nitrogen treatment and mass production will happen to brittle fracture. Most of metal plastic deformation and collapse has the direct result that the mould can not be repaired and scrapped, the mould in the extrusion process, is deformed by external force, when the external force removed, the mould can not be restored again.

3. When the mould after repeated trial production has been ultra-dimensional, and can not guarantee the aluminum extrusion to meet with the standard, the mould needs the recovery process. Mould recovery is conducive to improving production efficiency, cost savings, and time savings in mould re-out. Whatever it is, friction damage, fatigue and cracks, and metal plastic deformation and collapse, etc., it needs to test whether the mould can be restored, or after recovery, it can meet the requirements of the aluminum profile.