As it was commonly seen that numerous aluminumproducts, such as aluminum pipe, aluminum cabinet profile and aluminum heat sinks, have been widely used in manufacture and people’s daily life, the Aluminum is prevalent in our age. The aluminum resources are available but surprisingly difficult to produce its alloys. The aluminum profile often scraps due to poor mixing. Researchers at the Massachusetts Institute of Technology, Antoine Allanore and Samuel R. Wagstaff, have been studying the hardening process of aluminum alloys and have proposed a method to distribute more even copper and manganese in castings by spray forming process.

Direct cooling of cast aluminum alloy is a very effective process, which is semi-continuous way that the molten metal is casted into the cooling mould and rapidly cool formed the aluminum alloy ingot. However, according to Allanore and Wagstaff, this approach has problems about quality control: although the ingot may look perfect on the outside, but copper or manganese is distributed unevenly inside, the size ranging from inches to feet, resulting in the quality problems of the casted aluminum profile.

The problem is usually lacking of alloying elements near the center of the solidified slab or aluminum ingot. For more control, Allancore and Wagstaff took samples of molten metal at different times of casting and studied the formation and migration of grains. The researchers used a jet to circulate the metal to keep the alloy evenly. This also leads to grain movement and changes the microstructure of the hardened metal. 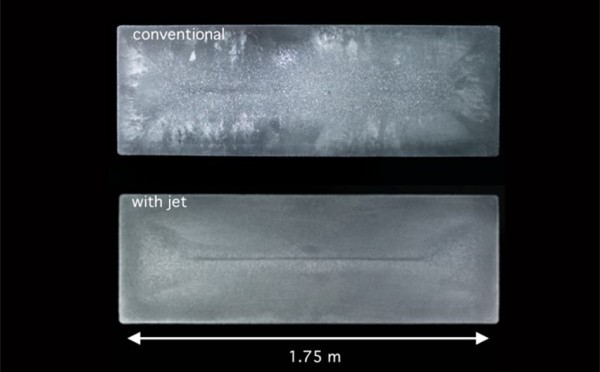 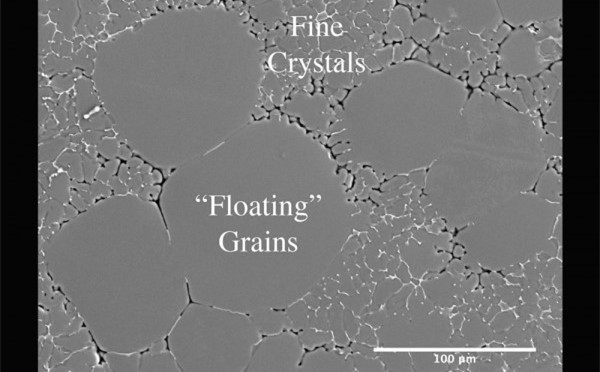 What the researchers have done is to use a magnetic pump to change the jet power to control the speed, power and speed of the entire casting. The greatness of this approach is that their definition is very clear and easy to understand how it is extended over time in the Function, so that the alloying elements are more even across the entire cross section.