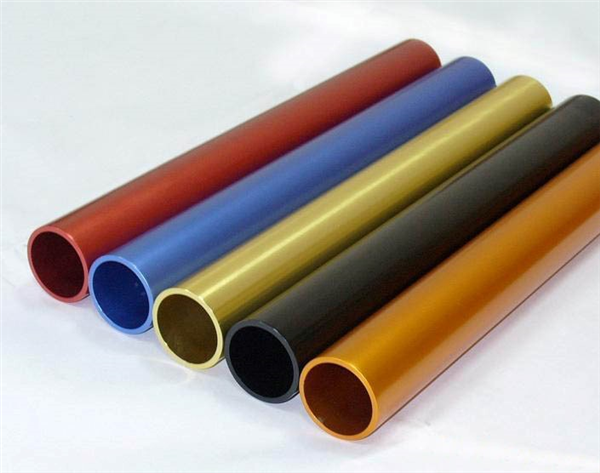 The overall dyeing method has been used in the early time, but because of the limited color, the cost is relatively high. At present, it is not used at home and abroad at large.

Pretreatment includes degreasing, caustic washing, polishing, etc., and the purpose is to make its surface smooth and shiny, and remove the surface impurities, making it easier to oxidation and dyeing.

Degreasing is to take the advantage of degreasing agent in infiltration, separation, emulsification, saponification to removal oil from the metal shell surface. The oil removal is a preparation for the later process, such as alkali washing, oxidation and so on.

Pickling is to remove the stained ash on the surface after the alkali washing to get a clean surface. At the same time, it can neutralize the residual alkaline solution by chemical reaction with the aluminum surface.

Anodic oxidation refers to process that the oxidation occurring in the anode with the help of external current to form a layer oxide film.

After the anodized oxidation, the sulfuric acid solution remains in the membrane pores of the oxide film, so the aluminum profile must be thoroughly cleaned before dyeing. To avoid mixing with impurity ions, especially phosphate ions, fluoride ions, etc., before getting into the stain tank, the profiles should be cleaned with pure water, and the water quality needs to be monitored during the process.

Dyeing is based on the chemical impregnation method, usually considered to be both physical adsorption and also complex reaction between the organic dye functional groups and alumina.

Sealing treatment is an indispensable part of anodic oxidation. After oxidative dyeing, only the sealing treatment can ensure the original color of the dyeing film. Sealing process contains steam sealing, hot water sealing, and mild temperature sealing, and some dyes can also choose cold sealing. The surface of the oxide film is porous into which the dye and the crystal can be adsorbed water. Due to the strong absorbability, if it is not treated in time, it may be contaminated with impurities. So, the filling treatment needs to be carried out in time to improve the porosity membrane strength. The closed treatment includes many methods, such as boiling water, high pressure steam, impregnated metal salt method and organic matter filling (oil, synthetic resin) and so on.