2017-05-04
As you know, nowadays, the aluminum is widely used from the heaven into the earth, naturally such a question producing: why is not the aluminum that is the maximum content in the earth's crust which the earliest human use and the most widely used metal at present?
Except for the potential meter, metal melting point, metal lively, reduction of aluminum and other technical reasons, there are also some funny to talk about that.
Lead used in the sewer pipe, and copper used water pipe, etc, common useable metal are often gold, silver, copper, tin and lead. Gold and silver are transformed into a trading currency in the ancient, crowned the list of precious metals, and copper, tin and lead into the ordinary people home, becoming the visible in daily life.
What is more, then, people took lead tea pot as tableware, and there was also lead sugar (lead acetate) as a condiment due to its sweet taste. As a result, due to excessive intake of lead, some were poisoned, some become silly, and some become sterile. The only reason was that people were not familiar with the metal at that time.
Until the discovery of iron, as if a new door was opened. We all know that the gold density is 19g/cm³, the silver is 11g/cm³ and the copper is 8.9g/cm³, so the proportion of iron with density of 7.8 g/cm³at that time was regarded as very light metal. And more important, it is cheap! Therefore, iron has become more and more common. However, then the aluminum appeared. .
Relatively speaking, aluminum is still a very young metal. The first aluminum is replaced from potassium. But aluminum refining technology at that time was still underdeveloped, so the production of aluminum is very low, which made it vary rare precious metal and that is also much more expensive than gold. It is said that Napoleon in order to achieve his honor and unique took aluminum to make the crown. He also has a set of aluminum cutlery, which was considered a very luxury thing.
Aluminum with extremely lightweight (2.7) is also resistant to corrosion, and the point is the amazing high content of aluminum in the earth. People began to believe that an era of aluminum to come. Aluminum, aluminum pot, and other closely related things came into being. However, the aluminum is also not very friendly to people. As we all know, Al-ion hazard to man, and the hazard of aluminum pan and spoon are also made we dubious. In addition, later, someone spread a thought that using iron pot can increase the iron elements in the human body. The aluminum utensils almost was instantly defeated. 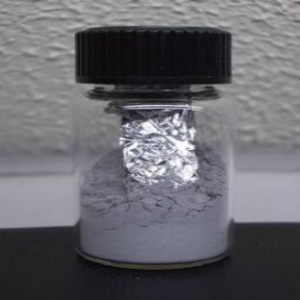 In fact, the real reason was not those but the increasingly serious corrosion of metal, so we began to consider some other alternative materials to replace metals. The status of aluminum has been challenged. For example: the Plastic steel is not only cheaper than aluminum but also heat and noise insulated and colorful. For aluminum doors and windows, there is a huge space for development in home decoration. However, the aluminum cars are still a lot. After all, as a metal material, there are many other irreplaceable advantages. But from the historical view, the more lively metal, in the vast majority of cases, the more backward it were refined into a single element or alloy, which is determined by the metal activity. Linkedalu Metal Group Co.Ltd has over 20 years experience of aluminium extrusion and machining aluminum parts.